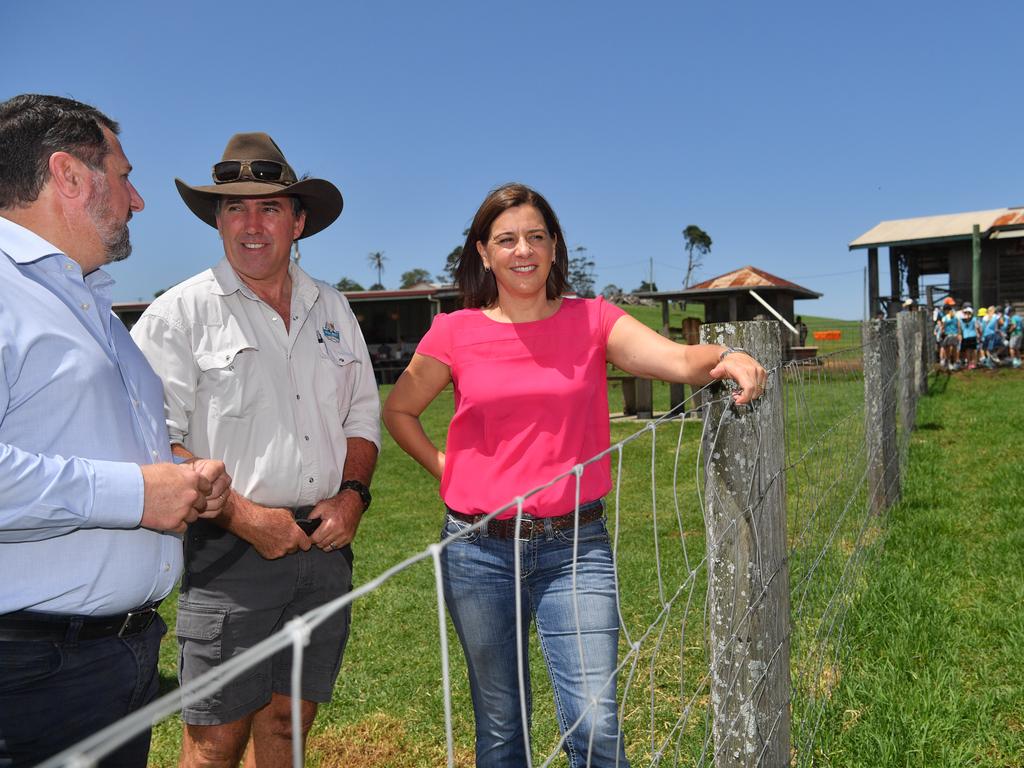 The Liberal National Party has the best plan to deliver for Queensland farmers and regional communities according to AgForce which represents thousands of the state’s graziers, grains and cane growers.

According to AgForce’s ‘2020 State Election Scorecard’ the LNP were best placed to deliver for AgForce members and their regional communities with its bold agenda to decrease water and electricity costs, build new dams and revamp legislation like Labor’s unfair vegetation management and reef regulations*.

LNP Shadow Minister for Agriculture, Tony Perrett, said that the endorsement of the LNP’s plan to lead the state out of recession showed the bold agenda to unleash agriculture and the regions was clearly resonating.

“The LNP have engaged strongly with AgForce for the past three years as we value the input it has through its grassroots members throughout the state,” said Mr Perrett.

“That is why the LNP was the only party to formally respond to the AgForce’s ‘Strong regions for a strong Queensland’ election platform.

“A centrepiece of the LNP’s plan is to unlock the full potential of our regions and the agricultural sector, which is one of our state’s most important and valuable economic drivers.

“A Deb Frecklington LNP Government will build the drought-busting New Bradfield Scheme, back new dam projects across Queensland, and reduce the price of water for SunWater irrigators by almost 20%, ensuring it is affordable for farmers to grow more local food and fibre.

“The LNP will set an ambitious goal of doubling the value of agricultural production by 2035, from $18 billion to $30 billion, and then doubling it again to $60 billion by 2045.

“The LNP is committed to reducing the costs and bad regulations that impact the profitability, productivity, and jobs throughout the entire agricultural supply chain.

“The LNP will review the state’s vegetation management framework to ensure the laws support the development of economically sustainable agricultural production – something I know that has been extensively worked through with AgForce.

“The LNP has also committed to work with the agricultural sector to review and develop new environmental reef standards which will be enshrined in legislation.

“The LNP understands water prices are already too high and without affordable water Queensland businesses and farms won’t be able to employ Queenslanders.

“That is why the LNP has announced its plan to slash nearly 20 per cent off the price of water for Queensland’s 5,000 Sunwater irrigation customers from 1 July 2021 – something that will directly assist many Agforce members.

“The LNP’s plan for Queensland also includes a no-new-tax guarantee and cheaper electricity prices for regional areas, delivered through the introduction of retail price competition.

“Only a Deb Frecklington LNP Government has a plan to create a stronger economy and to get Queensland working again.”