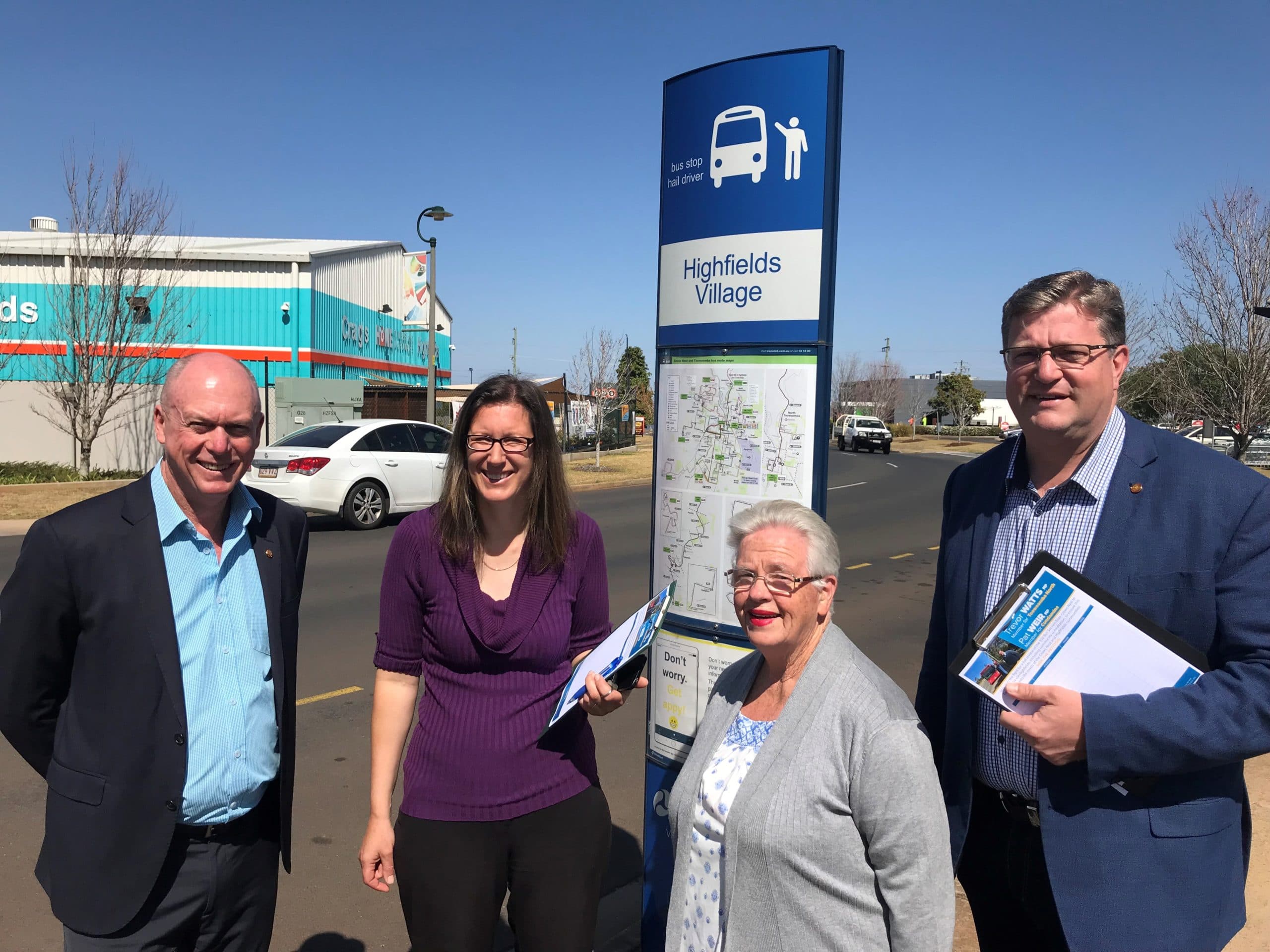 Member for Toowoomba North Trevor Watts has renewed calls for a review of bus services in the Toowoomba region, after the answer to a Question on Notice revealed 270 complaints were made to TransLink about local services in the year to January 31, 2019.

Mr Watts said the worst offending routes were 950 from Crows Nest to Toowoomba via Highfields with 45 complaints, and 907 from Wilsonton Heights to USQ via Toowoomba City with 71 complaints.

“The Minister claims these complaints represent only 0.04 per cent of the total number of trips taken during the same period – but the reality is, patronage on Toowoomba’s urban bus network decreased by 64,000 trips from 2014-15 to 2017-18 so any number of repeated complaints should be of concern to the Minister,” Mr Watts said.

“Unfortunately, we have no means of determining the percentage change in patronage on individual bus routes in the Toowoomba Region (see answer to Question on Notice below).

“What we do know however, is there are buses travelling around Toowoomba on a daily basis,without a single passenger on board – it’s a blatant waste of taxpayer’s money.

“The consistent feedback I’ve received from constituents across the Toowoomba North Electorate, is proof the bus network is not meeting the needs of the local community.

“Following repeated representations to TransLink and the Minister on this issue, TransLink advised an internal review of bus services is usually undertaken 12 months after implementation of service changes as part of their Bus Improvement Program – this, however, does not include community consultation.

“Customers are the most important part of any business or service – their satisfaction should always be a key performance indicator and their feedback on local bus services given due consideration.

“The Minister has continued to deny the public a say on this very important issue.

“Another 70 local residents voiced their concerns about the safety of the newly configured 907 service from Wilsonton Heights to USQ via Toowoomba City.

“Their concerns have continued to fall on deaf ears, as have my repeated calls for a review of the urban bus network in Toowoomba.

“Congestion is becoming a growing issue in Toowoomba, particularly with the expansion of suburbs like Highfields.

“The need for our transport infrastructure to keep pace with the growing needs of the Toowoomba community has never been greater.

“A huge slice of taxpayer funds is spent subsidising public transport services in Brisbane -all we’re asking for is Toowoomba’s fair share of the pie.”