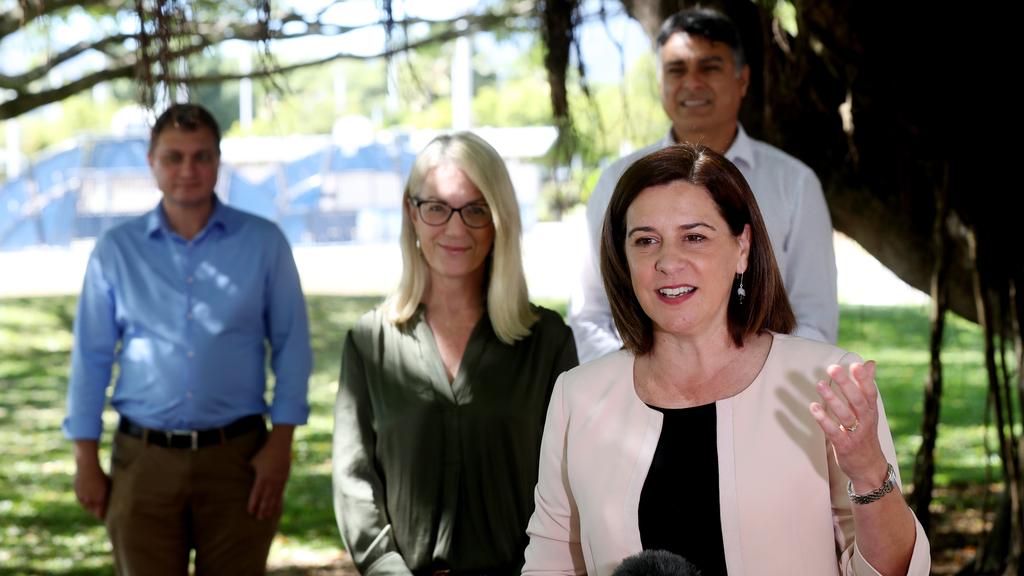 An LNP Government will invest $180 million to fully fund stage 1 of the Cairns University Hospital project in a major boost to jobs and health services in Far North Queensland.

The LNP’s total commitment includes $160 million towards construction, $5 million for a business case and $15 million to acquire the site.

The Cairns Health and Innovation Precinct will provide state of the art research and education infrastructure for the region.

“The LNP will build the next-generation hospital that Cairns deserves,” Ms Frecklington said.

“The university hospital will catapult Cairns health services into a new era and patients will be able to get advanced treatments at this state-of-the-art facility,” Ms Frecklington said.

“Far North Queensland has waited too long for its fair share under Labor.

“The LNP will fully fund the delivery of Cairns University Hospital and take immediate action to fix the Far North’s health system.

“The LNP believes people in regional Queensland deserve the same opportunities as those in South East Queensland.

“The economy in Cairns has been smashed and major construction projects like the Cairns University Hospital must be brought forward to get people back into work.

“The LNP’s commitment will create hundreds of construction jobs and secure hundreds of long terms jobs in medical research for the region.

Once built by an LNP Government, the facility will ensure skilled health workers are attracted to and remain in the region, which will build clinical capability to improve patient outcomes in the region.

The LNP’s commitment is in addition to the $26m the LNP will invest to expand the existing Cairns Hospital emergency department and its commitment to clear the Cairns surgery waiting list – which has soared by 146% per cent under Annastacia Palaszczuk.

Ms Cooper said the health system in the region was going backwards under Labor and more than 3300 patients were stuck on the surgery waiting list.

“Delivering the university hospital will improve health and education outcomes for everyone in Far North Queensland.

“I’m excited about this project because it means more jobs and means our medical professionals and university students can train in our region.”

The LNP will clear the surgery wait list in the region with a $19.8 million cash injection into the Cairns and Hinterland HHS.

Mr Marino said an LNP State government would work with the Federal Morrison Government to deliver major infrastructure like the Cairns University Hospital.

“The LNP’s $160 million commitment will deliver stage one of the Cairns Health and Innovation Precinct, including an additional 80 beds,” Mr Marino said.

“Labor has taken Cairns for granted for too long and our health services have been left behind.

“Only the LNP can make this commitment because only the LNP has a plan to grow our economy and get Queensland working again.”