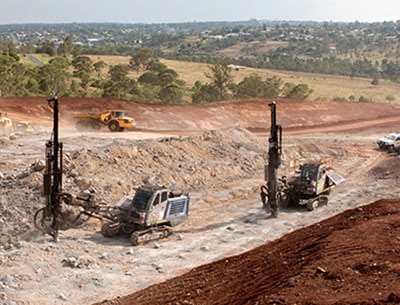 The report from Fraser Institute Annual Survey of Mining Companies has sounded the alarm around the Palaszczuk Labor Government’s failure to support Queensland’s vital resources sector.

According to the report Queensland has lost ground in the latest global survey of mining companies and investors, falling two places to number 15 in the world for investment attractiveness*.

The state’s peak resources industry body, the Queensland Resources Council (QRC), responded to the report’s findings by pointing out the Labor Government’s failings in providing clear, consistent and transparent regulations and timeframes for project applications and assessments, environmental approvals as well as royalty certainty.

Liberal National Party Shadow Minster for Natural Resources Mines Dale Last echoed the concerns outlined by the report and QRC while pointing to Labor’s record in failing to create a culture that supported resource projects and jobs in Queensland.

“Queenslanders will never forget how this Labor Government used the Carmichael Mine as a political football and how Jackie Trad told resource communities to reskill,” Mr Last said.

“Labor’s anti-resources, anti-regions and anti-jobs agenda is hurting regional Queensland like never before.

“In contrast, the LNP supports mining and the thousands of local jobs provided by Queensland’s resources industry, which ensures the survival of many regional communities.

“The LNP has committed to introducing a streamlined approvals process for major projects, with key performance indicators tracked and published to restore industry confidence.

“The LNP will supercharge the North West Minerals Province and open up the region’s potential for the entire state to benefit.

“The LNP will also open up the Galilee Basin and develop $50 billion worth of projects supporting 15,000 new local jobs in Townsville, Mackay, Rockhampton and throughout regional Queensland.

“Every dollar of the royalties collected from the Galilee Basin will go into a new Queensland Infrastructure Fund to build the new hospitals, schools and roads a growing state needs.

“Only the LNP will restore confidence and bring back the investment and jobs that the regions are crying out for.”