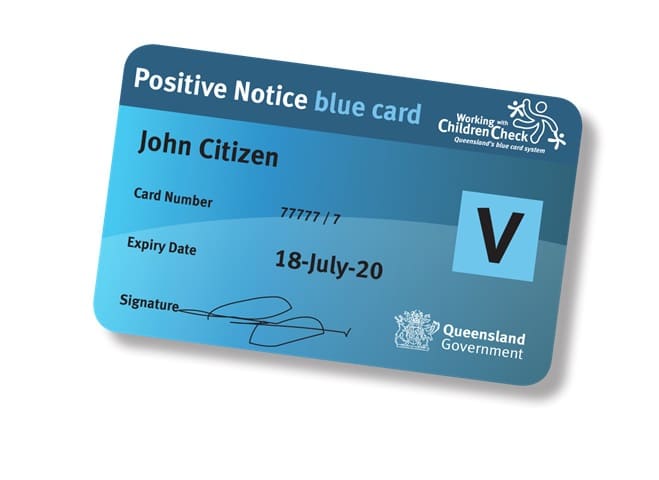 LNP Leader Deb Frecklington is warning Labor’s delays to fixing a loophole in their Blue Card system is putting the safety of children at risk.

The Palaszczuk Labor Government has covertly introduced a new regulation allowing them to push back the start of the ‘no card, no start’ policy until May 2021.

“I am deeply disturbed that Labor has delayed important Blue Card reforms for yet another year,” Ms Frecklington said.

“The delay to the ‘no card, no start policy’ seriously jeopardises the safety of Queensland children and makes a mockery of the Labor government’s priorities.

“It is a scary reality that children could be preyed on by dangerous sex offenders whose Blue Card applications are still pending.

“It’s a broken election commitment by the Palaszczuk Labor government but worse than that it puts vulnerable children at risk.

“This is not the first Blue Card bungle by Labor’s Attorney-General and the Premier should show some leadership and demand her resignation.”

LNP Shadow Attorney-General David Janetzki said thousands of Queenslanders could be working with children pending a blue card application outcome that disqualified them.

“Protecting our kids should be the priority for every government, but it’s clear that’s not the case in Queensland.

“While Labor are distracted by integrity scandals that have put the government in turmoil, they are missing out on important government reforms.”

The Working with Children (Risk Management and Screening) and Other Legislation Amendment Act 2019 (Amendment Act) received assent on 24 May 2019. Various provisions commended on 1 July 2019 (i.e. additional disqualifying offences were included in the Act). However, the ‘no card, no start’ policy was supposed to start no later than 25 May 2020, but this has now been delayed by another year. This is despite Labor making it a ‘priority’ as one of their election commitments and despite the Attorney-General claiming in Estimates in 2018 that the ‘no card, no start’ policy would begin in early 2020.