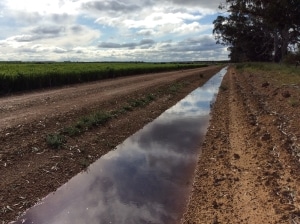 Fixed prices for irrigation water used to grow food and fibre in Queensland are set to increase by as much as 372% in some parts of the state, under the Labor commissioned QCA draft report.

“This is just one of many Sunwater irrigation schemes facing unsustainable price increases that will result in scheme failures, job losses and economic decline*.

“SunWater’s own ‘cost-reflective’ water prices numbers will effectively kill numerous irrigation schemes in regional Queensland, yet this report has not offered a solution.

“I’ve met with farmers throughout Queensland in these schemes. This isn’t just some abstract water pricing exercise being decided in Brisbane, these are real regional communities with real jobs on the line.

“There are serious questions that need answering around SunWater’s ability to deliver value for money for farmers.

“The LNP have already called on the Palaszczuk Labor Government to reject any move to include dam safety costs being recovered through the water price farmers pay.

“It is unsustainable to expect farmers to pay for community safety costs of public assets.

“Water prices are skyrocketing because Sunwater can’t control its costs. It’s completely unacceptable for Sunwater to now be demanding more money from farmers just because they can’t get their house in order.

“Queensland farmers are currently getting a bad deal with SunWater.

“The LNP understands that where there is water there is wealth.

“Without water these rural and regional communities will lose production, which results in less jobs and more expensive food and fibre for all Queenslanders.

“Unlike Labor, the LNP believes in the economic and social power of water. That is why we have a plan to build the New Bradfield Scheme, Nullinga Dam, Urannah Dam, Rookwood Weir and to raise the Burdekin Falls dam.

“The Palaszczuk Labor Government is anti-farmer, anti-regions and anti-water.

“It’s time for Annastacia Palaszczuk to step in and guarantee the future of irrigated agriculture in Queensland”.