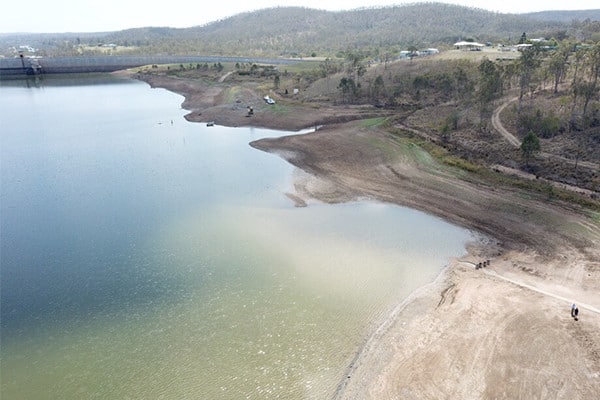 The LNP has slammed the Palaszczuk Labor Government for its handling of the Paradise Dam debacle and keeping the Wide Bay community in the dark.

“Labor has been dragged kicking and screaming to hold an inquiry into Paradise Dam,” LNP Leader Deb Frecklington said.

“The people of Wide Bay have been in the dark for months over the safety of the dam and why it had to be drained to a staggering 42 per cent in the middle of a drought.

“Labor’s handling of this issue has been a debacle and it’s destroyed all trust in the Palaszczuk Labor Government in Wide Bay.

“Jobs are being destroyed in Wide Bay right now and the public deserves answers.”

“Labor still hasn’t released the terms of reference for their inquiry, which means we don’t know if it will get to the bottom of what’s happened,” Mr Bennett said.

“Our region has been waiting anxiously for clear information about what is wrong with the dam and what Labor’s plan is to fix it – and we’re still waiting.

“The people of Wide Bay should have been respected and fully informed, but Labor are taking them for granted.”

LNP MP for Bundaberg David Batt said that the LNP moved a motion to establish a Parliamentary Inquiry into the design and construction of Paradise Dam debacle in October*, but Labor voted it down.

“A bi-partisan Parliamentary Inquiry would have given the people of Wide Bay the truth they deserve.

“The secrecy surrounding Labor’s decision has made a bad situation far worse.

“Water security investments made in the region based upon the dam’s reserves are now very uncertain.

“The region doesn’t know if the dam will ever return to 100 per cent capacity and that’s incredibly damaging to future investment in Wide Bay.”

LNP MP for Callide Colin Boyce said reducing the level of Paradise Dam to 42 per cent had been a disaster for farmers and businesses in the region.

“This is a massive scandal and the buck stops with Annastacia Palaszczuk,” Mr Boyce said.

“The Palaszczuk Labor Government is anti-regions, anti-dams and anti-jobs.

“The LNP gets that water means jobs and a Deb Frecklington Government has a plan to build water infrastructure projects in regional Queensland – including the drought-busting New Bradfield Scheme.

“Only the LNP has a plan for the future to deliver water security for Queensland.”