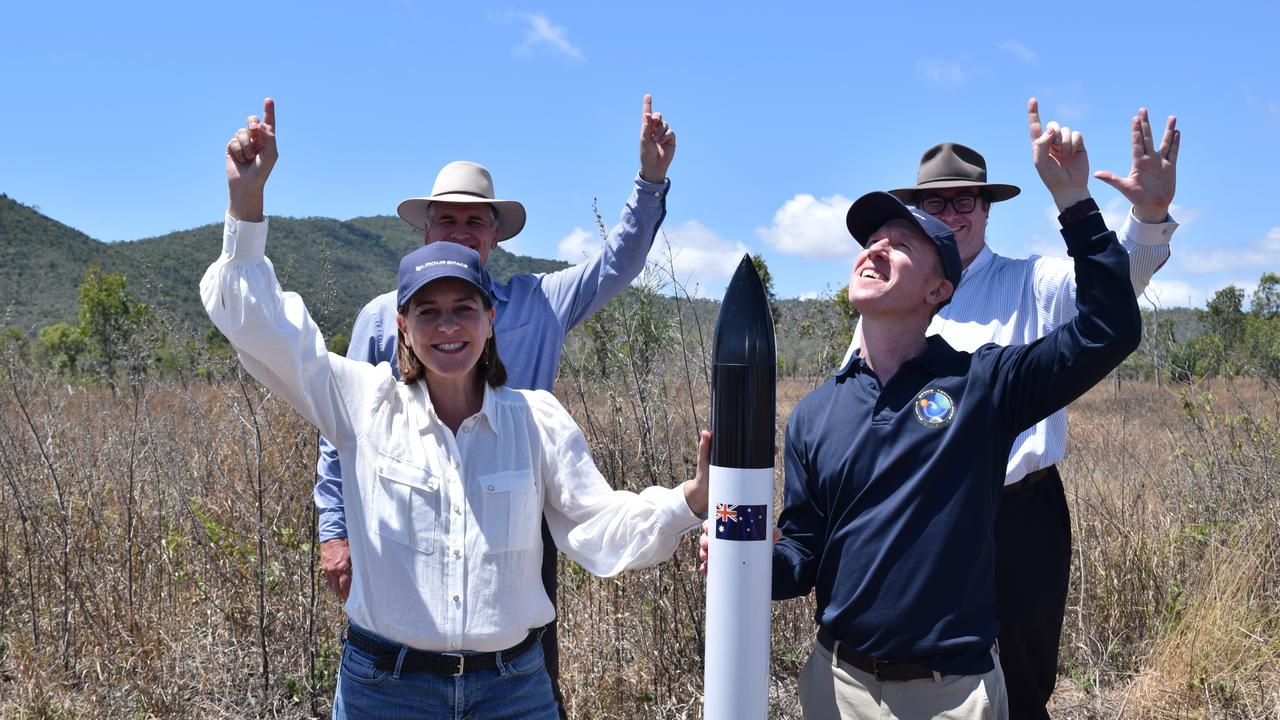 Lift-off for space launch site and jobs under LNP

An LNP Government will unleash the space industry in Queensland and create hundreds of jobs by building a rocket launch site near Abbot Point, North Queensland.

Each additional tenant at the site is estimated to provide a further 100 jobs. The rocket launch site will be used by companies to send satellites and other cargo into orbit.

“Unleashing the space industry in Queensland is part of the LNP’s economic plan to create jobs and build new assets,” Ms Frecklington said.

“An LNP Government will seize this ambitious opportunity to make Queensland a smart state once again through space.

“High-tech and highly paid secure jobs are what this project is all about.

“This is part of the LNP’s plan to grow Queensland’s assets and rebuild a stronger economy to create secure jobs.

“Queensland has a comparative advantage over other states when it comes to space and an LNP Government will play a leadership role by investing in infrastructure.

“The rocket launch site will be an asset 100 per cent owned by the Queensland Government and open up new opportunities for our state.

“Our investment will create new markets for Queensland in industries like advanced manufacturing, aerospace, defence, mining, technology and tourism.

“Globally, space is a multi-trillion-dollar industry and the LNP’s investment will help make Queensland a major player.

“Queensland’s space economy has the potential to pour up to $6 billion into the state economy and support up to 6000 high-skilled jobs by 2036.

“Becoming a space state will help make Queensland the economic powerhouse of Australia once again.”

LNP MP for Burdekin Dale Last said building the rocket launch site was part of the LNP’s plan to supercharge the regions.

“The LNP is the only party with money on the table to build the space rocket launch site.

“If a launch facility isn’t built here, space business will be lost to other states or overseas.

“The people of North Queensland want investments that stimulate the economy and create jobs and that’s what an LNP Government will deliver.”

LNP Candidate for Whitsunday Amanda Camm said the project would create a new tourism and marketing opportunity in the region.

“Tourism businesses in the region are hurting like never before in this downturn,” Ms Camm said.

“Being able to witness live rocket launches here will be a major tourist drawcard.

“To see and feel the lift-off of rockets leaving Abbott Point for atmosphere is bucket-list experience.

“The LNP’s investment will lure more tourists and more businesses to North Queensland in the future.”

Abbot Point has been assessed by the government as the ideal site for a launch pad on the basis that:

Abbot Point allows companies to launch satellites safely to more locations in space than any other place in Australia: