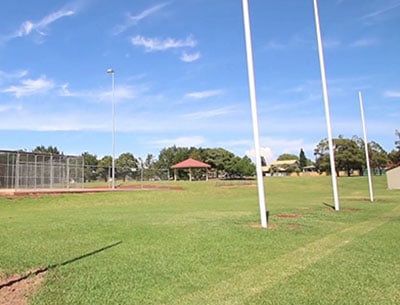 A Deb Frecklington LNP Government will kick and shoot goals for grassroots sporting clubs with a $68.4 million infrastructure investment, creating 212 jobs for tradies across Queensland.

“We have a plan to provide some of the best local sporting facilities in Australia whether you’re a junior having a run around on a Saturday morning, enjoying a game with your mates or aspiring to reach the elite level,” Ms Frecklington said.

“We’ll also be putting steps in place to fix Labor’s sports rorts fiasco to ensure integrity is returned to the grants process and that funding is reaching those that need it most.

“The LNP’s package will include a $15 million redevelopment of Ballymore Park into a world-class sports precinct and community facility matching the Federal Government’s $15 million commitment to get this project underway.

“Regional infrastructure upgrades will also be rolled out in Mackay and on the Sunshine Coast.

“The LNP was the first to propose a major $20 million expansion of the Sunshine Coast Stadium in a major upgrade to local facilities.

“And we have committed $10 million to upgrade the Great Barrier Reef Arena in Mackay, in partnership with the Federal Government to secure more national and international sporting teams to the region.”

“Under an LNP Government, the Sports Minister won’t be allowed to intervene in the grant approvals process and ignore the advice of the Department.

“We will ensure the Department’s Director-General is required to sign-off on any approved grant applications for the Minister’s electorate, to restore integrity and confidence in the system.

“Better record keeping will also be put in place as a priority, a key recommendation from the Auditor-General.”