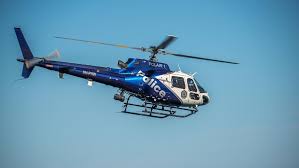 LNP police chopper will be Townsville’s eye in the sky

Police in North Queensland will be reinforced with a dedicated crime-fighting helicopter under an LNP Government to track criminals and protect the community.

On a visit to Townsville today, LNP Shadow Police Minister Dan Purdie said an LNP Government would invest $3 million a year to operate a dedicated police chopper in North Queensland.

“POLAIR helicopters have proved their worth in the southeast corner for years and the LNP believes the North Queensland is worth the same service,” Mr Purdie said.

“Townsville has a crime crisis because Labor is soft on crime and their business as usual approach won’t change a thing.

“The LNP’s police helicopter will turn the tables on criminals.

“The dedicated police helicopter is on top of our plan for a youth crime curfew, more police, and tougher laws.

“The only way to fix the crime crisis in Townsville is to change the government and vote 1 LNP.”

“A dedicated police helicopter would be a gamechanger for fighting crime in Townsville,” Mr Doyle said.

“The helicopter can be tasked quickly to track vehicles and criminals on foot, which means our police officers on the ground are safer.

“Catching more than 1100 criminals in a single year is proof of how much a dedicated helicopter would help to tackle the crime crisis in Townsville,” Mr Hathaway said.

“It’s will be a cutting-edge tool police can use to get crooks of the streets and protect the community.”

LNP candidate for Thuringowa Natalie Marr said it was out of touch for Townsville’s Labor MPs to fight against this crime-stopping machine.

“Not only will there be more police on the ground under the LNP, they will have tougher laws and a dedicated helicopter backing them.

“The only way to bring Townsville’s crime crisis to an end is to change the government on October 31.”