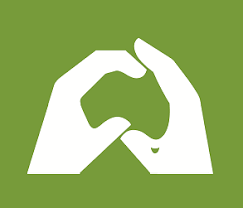 An LNP Government will help to secure the future of Noosa and District Landcare, the party’s Shadow Environment Minister David Crisafulli announced today.

Speaking during a visit to the not-for-profit with LNP Candidate for Noosa James Blevin, Mr Crisafulli said an LNP Government would commit an immediate $100,000 to the conservation organisation.

The funding boost would be used to provide vital disabled access to Landcare’s Pomona HQ, while also upgrading its adjoining nursery.

“Landcare has made a huge contribution to conservation in the Noosa area over the last three decades,” Mr Crisafulli said.

“To continue its work, the organisation needs major investment in its base to ensure it’s fully compliant with disability access requirements.

“The LNP will invest in Landcare because we want its work to continue for decades to come.

Mr Blevin said he was a strong supporter of Noosa and District Landcare and would continue to fight for increased funding for its threatened species program.

“Noosa Landcare has been overlooked by the Palaszczuk Labor Government, so I’m delighted that the LNP is ready to support its great work,” Mr Blevin said.

“An LNP Government will be able to invest in our community to protect our lifestyle because unlike Labor, we have a plan for Noosa’s future.

“We will stimulate the economy, create a decade of secure jobs and drag Queensland out of recession.

“This is a great result for Landcare, but I will keep fighting for more resources to support its conservation work.

“Noosa is home to a large number of threatened species, including koalas, greater gliders, the Mary River cod and Coxen’s fig parrots.

“Using 21st technology, including drones and monitoring devices, would enable Landcare to better understand and protect the region’s precious wildlife.”