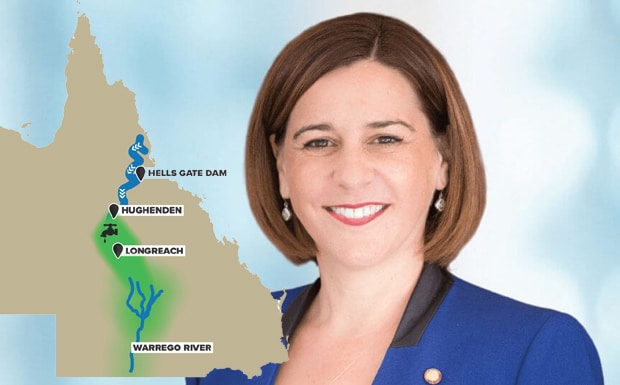 “Labor has a panel, but the LNP has a real plan to build the New Bradfield Scheme,” Ms Frecklington said.

“No one believes Labor will deliver this project. The Palaszczuk Labor Government is anti-dams, anti-regions and anti-jobs.

“Queenslanders should judge Labor on their record – not their rhetoric.”

The LNP’s New Bradfield Scheme is a nation-building project that will harness the monsoonal rains of North Queensland to create a new foodbowl in western Queensland and enough hydro-electricity to power 800,000 new homes.

“Labor hasn’t done any of this work and now all they are offering is a talkfest to waste another year.”

Labor even voted against the New Bradfield Scheme in the last sitting week of Parliament, with the Treasurer publicly attacking the project’s concept.

“Labor won’t even build the full-sized Rookwood Weir after first promising it back in 2006,” Ms Frecklington said.

“In Wide Bay, Labor is tearing down Paradise Dam in the middle of drought, threatening the livelihoods and futures of hundreds of farming families.

“When it comes to water and dams, Labor’s credibility evaporated 15 years ago.

“Labor are only talking about this project because the election is just two months’ away.

“Only the LNP Government has a plan to build the New Bradfield Scheme and unlock this state’s potential.