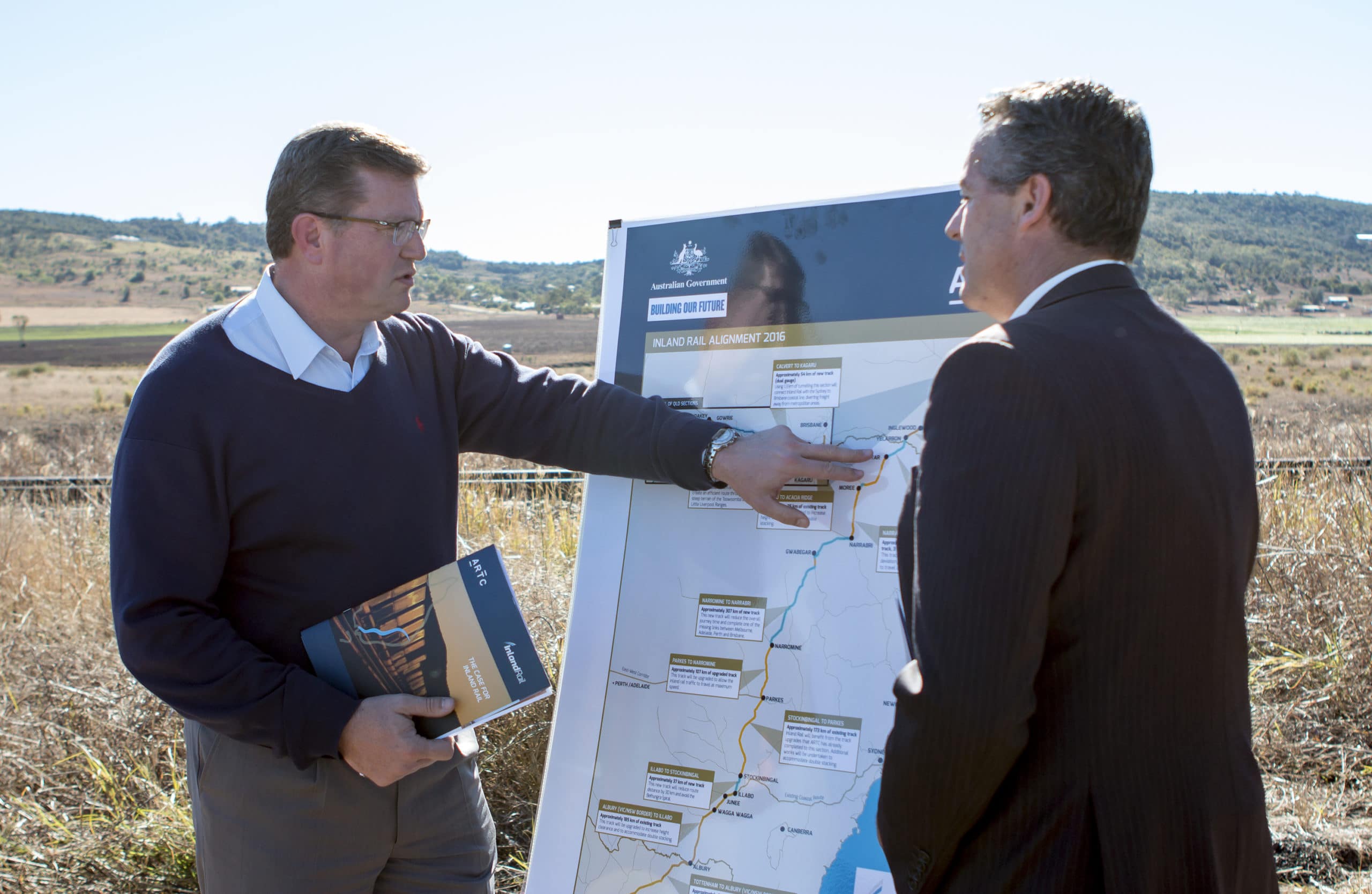 The time for Inland Rail is now!

Political aspirations must be put aside if we are to get Inland Rail on track for delivery.

Supporting the comments made by the Deputy Prime Minister in today’s Toowoomba Chronicle, the Member for Toowoomba North Trevor Watts is adamant this project will all be lost if the stagnation of continues.

“This is quickly becoming not a matter of when, but IF, Inland Rail will come through Toowoomba,” Mr Watts said.

“We have been talking about Inland Rail for a long time now, the route has been studied but I fear if we don’t move forward with this project the money will be spent elsewhere.

“The Second Range Crossing was 30 years on the table and in the end, it just took one person to decide it would be built. This is what we need.”

The Border to Gowrie route has received criticism since it was announced by Nationals MP Darren Chester in 2017.

“The route has been studied for years, it is now important we announce the contractors, break ground and get the line to Toowoomba and onto Brisbane,” Mr Watts said.

If the project doesn’t progress our region will suffer greatly.

“This is our one and only chance of ever getting a tunnel, which will accommodate passenger rail from Toowoomba to Brisbane.”

“In its construction, Inland Rail will bring with it a number of opportunities for jobs and growth in Toowoomba. Whether it be logistics hubs or manufacturing businesses.

“Our region will become an inland freight hub, paired with the Airport at Wellcamp and our interstate road network we will be able to directly export to the rest of the world.”

The Member for Toowoomba North is calling on all levels of Government, those in business in the public and private sector, to back the project, back the route, and get back on track with building this important piece of infrastructure.

“Inland Rail is a key to the long-term future of Toowoomba, and the time to build it is now.”