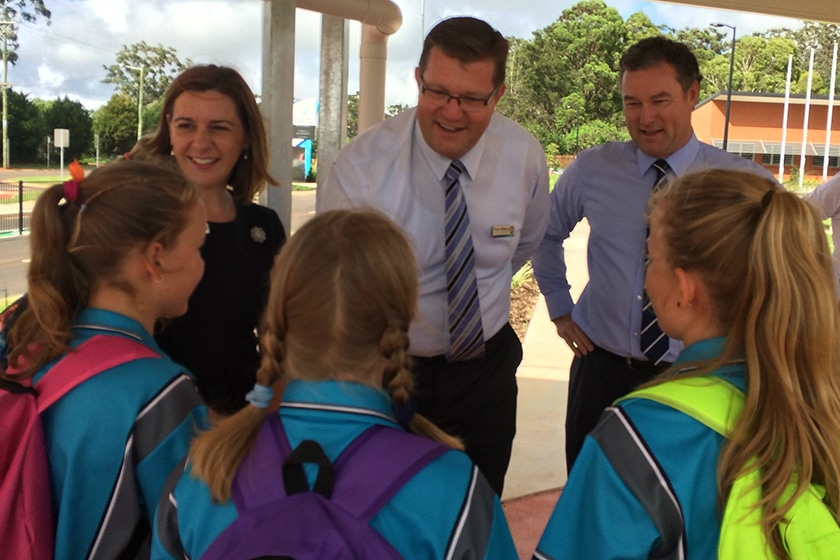 With temperatures predicted to exceed 40 degrees in parts of southeast Queensland tomorrow, the LNP is calling on Labor to match its commitment to air-condition every state school classroom in its December economic update.

“Students will be left to swelter as temperatures approach 41 degrees in Ipswich and 40 in Gympie – areas where Annastacia Palaszczuk has no plan to air-condition state school classrooms,” Mr Mander said.

“Kids in Brisbane and Toowoomba will sweat it out in mid-30 temperatures and that will make it hard really hard for them to stay concentrated on their school work.

“Queensland teachers deserve to work in modern conditions and the LNP knows that cool kids are smart kids.

“Labor needs to adopt the LNP’s plan to air-condition every state school classroom and they must commit to it in MYFER.

“Tens of thousands of students are going without cool learning environments while Labor plays favourites and picks which schools get air-con and which don’t.

“Unlike Labor, the LNP will manage the economy for everyday Queenslanders and invest in air-conditioning for every state school student.”

The Mid-Year Economic and Fiscal Review, which takes place each December, gives the State Government an opportunity to update spending plans outlined in its annual Budget.

Mr Mander said de-cluttering the curriculum also formed the LNP’s plan for education, which would allow teachers to focus on the core skills of reading, writing and maths.

According to the 2018 OECD Program for International Student Assessment, Queensland students are about a year behind in key subjects, with scores in science, reading and match dropping to their lowest levels since the testing began.