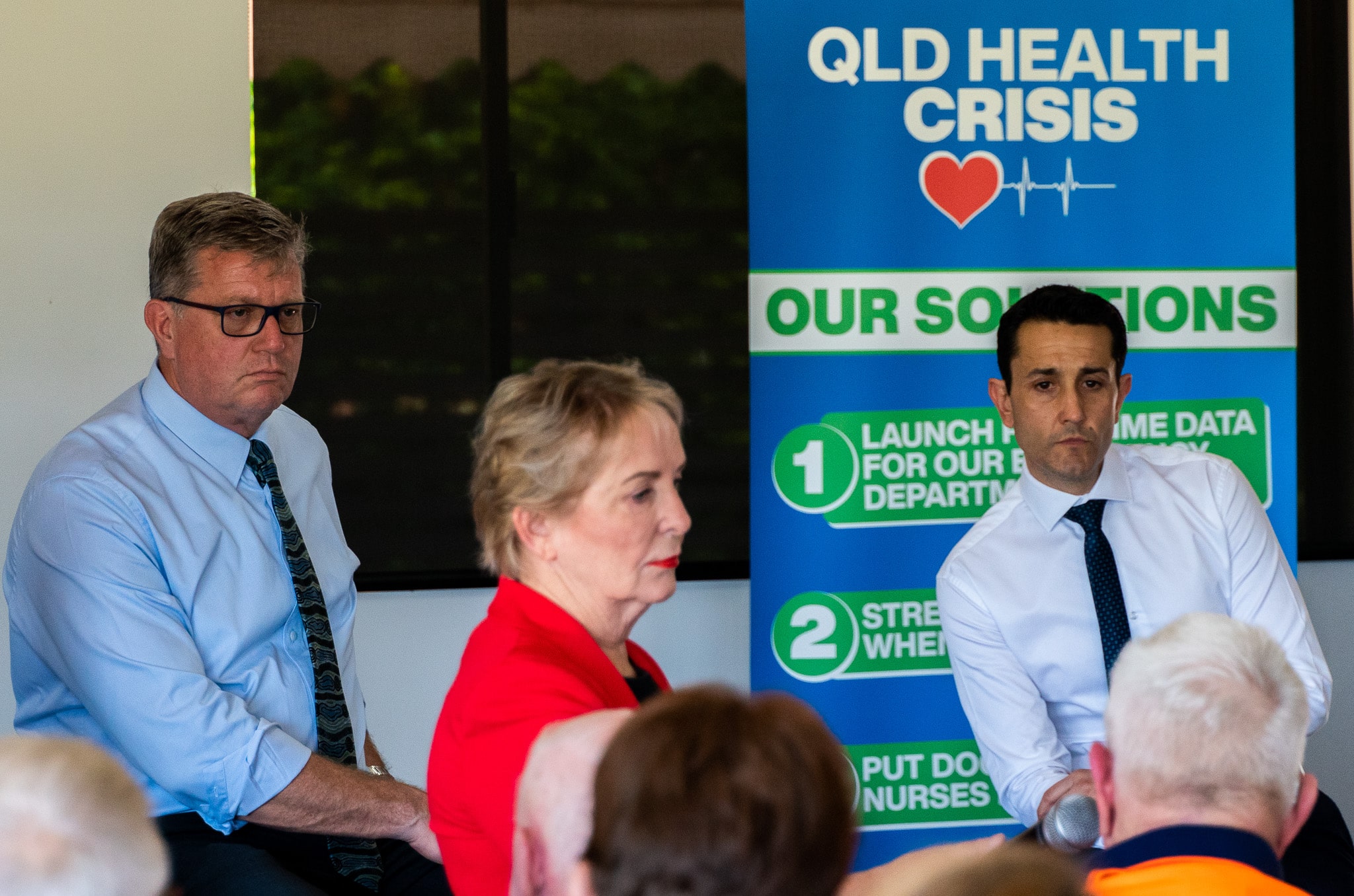 Dozens of locals from across the Darling Downs shared their stories at the 28th Queensland Health Crisis Town Hall in Toowoomba today.

Hospital delays, ambulance ramping and a lack of resources dominated the experiences of more than 70 locals at the Town Hall.

Mr Crisafulli said locals’ experiences with the health system in Toowoomba would be taken straight to the floor of Parliament House.

“It takes a lot of bravery for people to stand up in a room full of strangers and share stories about their health,” Mr Crisafulli said.

“But we need to hear these stories to push the government to act and heal the Queensland Health Crisis.

“This was our 28th Queensland Health Crisis Town Hall.

“We’ll keep hosting these meetings across the state and will keep fighting for a better health system.”

Shadow Treasurer and Toowoomba South MP David Janetzi said Toowoomba was struggling under the weight of a broken system with only 1% being spent this financial year on the Palaszczuk Government’s hospital plan.

“Our region needs the delivery of our new hospital rather than announcements and glossy brochures,” he said.

“For a region, our size not to have the resources we need proves how serious and unacceptable this situation is,” he said.

“There are ways the Palaszczuk Government can help heal the health crisis now.

“We’ve had solutions on the table for months including more beds, improving triaging, real-time data monitoring and giving power back to local doctors and nurses.

“The Palaszcuk Government must listen and it must act to heal the Queensland Health Crisis.”

“As a nurse and former hospital administrator, I know how stressful it is for my colleagues on the frontline,” Ms Bates said.

“My message to them is simple. We respect you, we value you, and we thank you for what you do.

“In Toowoomba, waiting lists are getting longer every year, we don’t have enough hospital beds and ambulance ramping is now at 40%.

“The Palaszczuk Government told Queenslanders they were safeguarding our hospitals but really they were cutting beds and now it’s driven ambulance ramping even higher.

“Queensland patients who are not getting the care they need no longer trust the Palaszczuk Government or the Health Minister to heal the Queensland Health Crisis.

“They deserve so much better.”