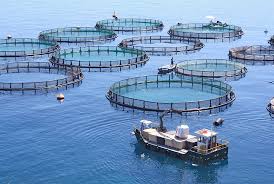 An LNP Government will partner with James Cook University on a dynamic new initiative to supercharge North Queensland’s aquaculture industry.

The Tropical Aquaculture Accelerator will more than double aquaculture production in Queensland – creating more than 11,200 new jobs in the next 11 years.

The program will bring together JCU scientists and students with the private sector to drive innovation, research and commercialisation in the production of farmed barramundi, prawns, crayfish and other seafood.

LNP Leader Deb Frecklington said an LNP Government would contribute $67m to the Tropical Aquaculture Accelerator, with JCU investing a further $630m over the next 30 years and industry $42m.

“Aquaculture should be a boom industry in North Queensland, but it’s actually shrunk under the Palaszczuk Labor Government.

“The LNP’s plan will revolutionise aquaculture in our state and create a decade of secure jobs for North and Far North Queensland.

“Queensland has the potential to be a world leader and world beater in this industry.

“The LNP’s economic plan will back Queensland researchers and Queensland businesses to create more Queensland jobs.

“This Australian-first facility will provide tanks, laboratories, training and support for innovation that will unleash the potential of Townsville’s aquaculture industry,” Mr Hathaway said.

“More than 1500 students will be part of the accelerator in its first five years, so this will be a tremendous opportunity for young people in North Queensland,” Ms Marr said.

Once operational, the accelerator is forecast to more than double Queensland’s aquaculture production to $2.6 billion of gross product by 2031.

“Only an LNP will unlock this region’s true potential and create the jobs we need.”

“This will be a transformational project for North Queensland,” Mr Piper said.

“The LNP has already announced a plan to triple rice production in North Queensland and now we’re ready to double aquaculture too.

“Only the LNP has an economic plan to get North Queensland working again.”