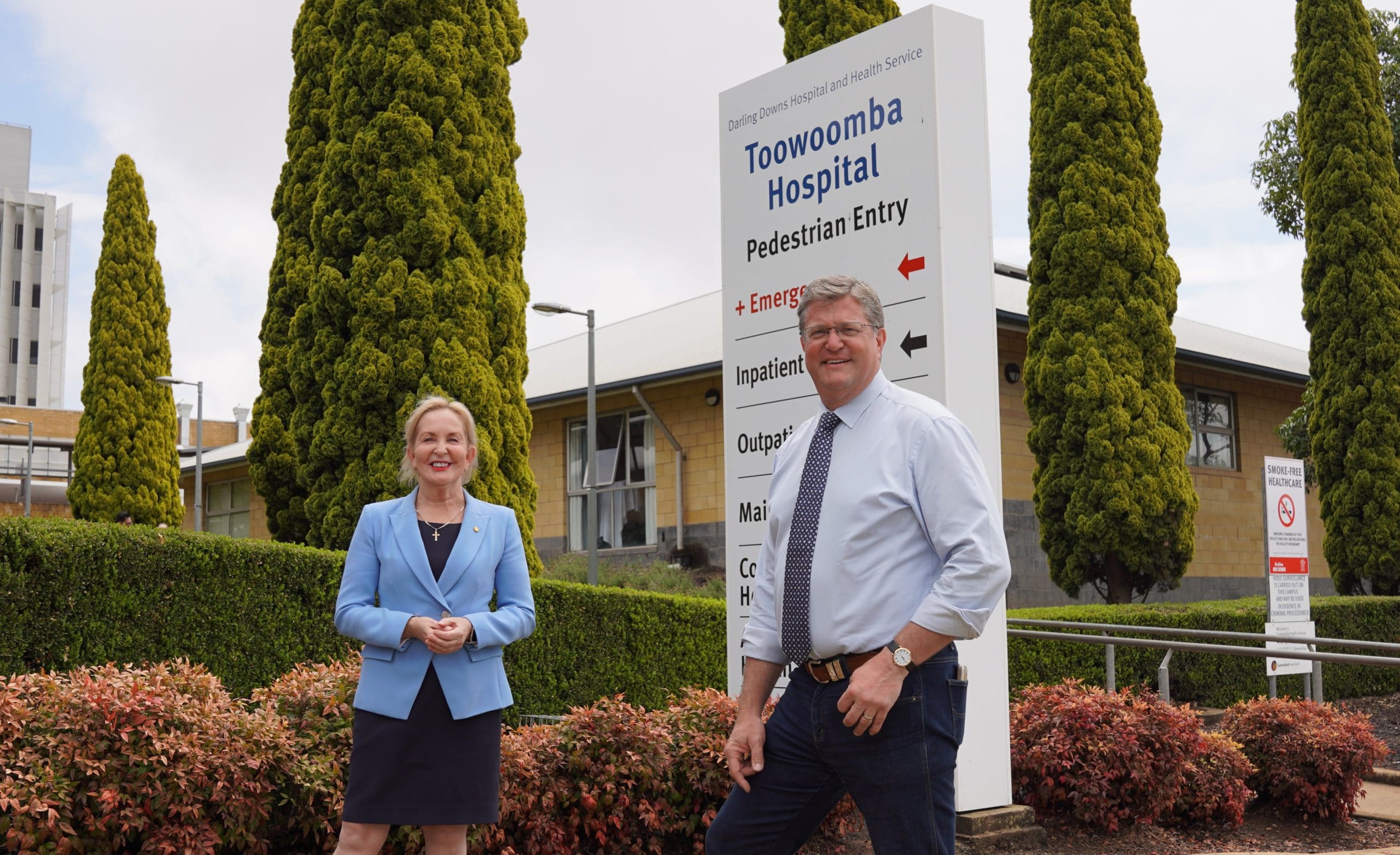 The LNP will build a new $45m day surgery hospital in Toowoomba if it wins the next state election – slashing the local waiting list for surgery and ensuring patients don’t have to travel to Brisbane for vital operations.

The announcement was made today by LNP Candidate for Toowoomba North Trevor Watts and LNP Shadow Health Minister Ros Bates.

“Our community is served by amazing health staff, but Labor has failed to invest in our health services and patients are suffering as a result,” Mr Watts said.

“Toowoomba patients are waiting too long for operations and travelling too far to get them.

“The LNP’s plan will get patients the surgery they need when they need it and in their local community.

“Toowoomba and the Darling Downs have been ignored by Labor for too long.

“Only an LNP Government will deliver the world-class health services that Toowoomba deserves.”

Mr Watts said the new hospital, to be constructed at the Baillie Henderson Hospital site in Cranley, would be the first step in the delivery of the proposed new Toowoomba Hospital.

Construction is due to begin next year, if the LNP wins the October 31 election.

It would provide orthopaedic, dental and cataract surgery, as well as breast cancer screening services.

The $45m commitment is also in addition to the LNP’s $14.3m plan to the clear surgery waiting list for the Darling Downs region by utilising capacity in private hospitals.

“Almost 2,500 patients are stuck on the waiting list in Toowoomba and Labor have no plan to help them,” Ms Bates said.

“As a nurse, I know that our health staff are struggling to meet demand and need more help – which they are not getting from Labor.

“An LNP Government will take the pressure of health staff and get patients treated on time by partnering with the private sector.”

LNP Candidate for Toowoomba South David Janetzki said the new hospital would be a major boost for healthcare across Toowoomba and the Darling Downs.

“The LNP’s plan will clear the waiting list in Toowoomba in the short-term and build the long-term capacity the region desperately needs,” Mr Janetzki said.

“The LNP can invest in health because only the LNP has a plan to grow the economy and get Queensland working again.”