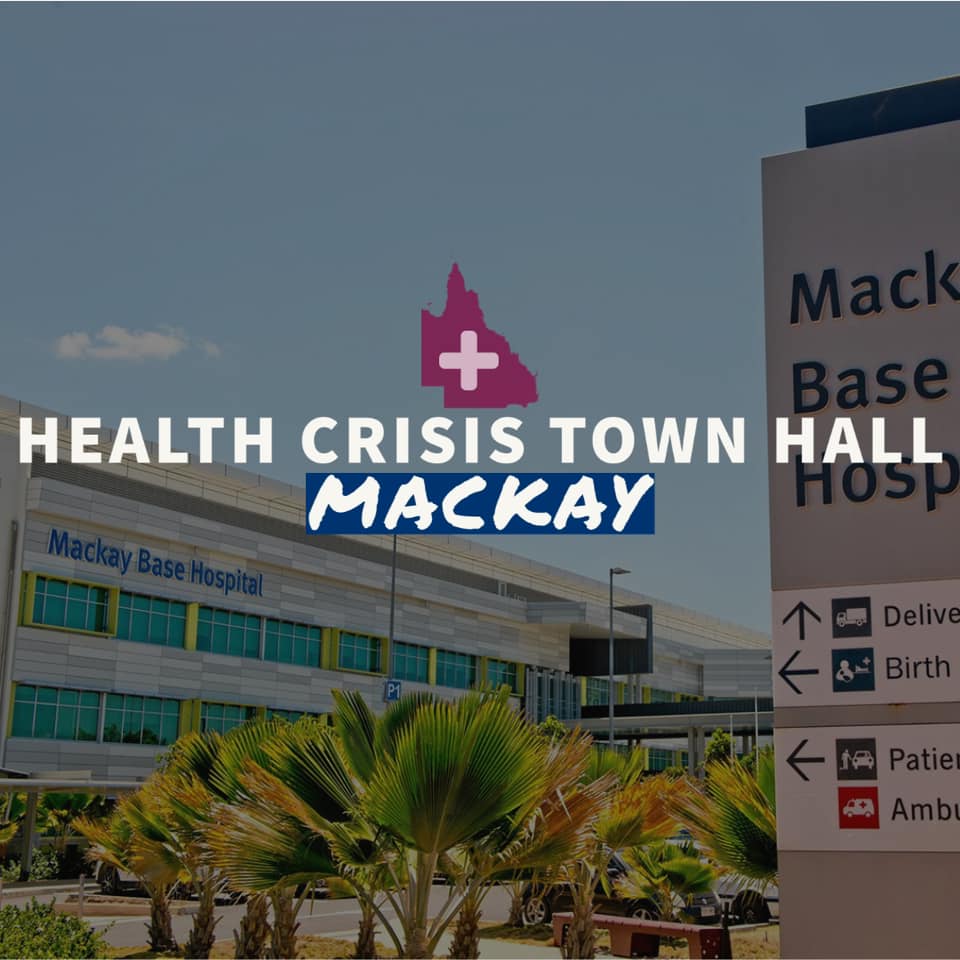 The LNP has been inundated with horror stories of health victims at its 10th Queensland Health Crisis Town Hall held in Mackay today.

Mackay Hospital has been rocked by claims of botched surgery in the obstetrics and gynaecology departments. Making matters worse, ambulance ramping rates continue to surge with patients left waiting on stretchers for hours.

At the packed event, Leader of the Opposition David Crisafulli said the allegations by dozens of women at Mackay Hospital were alarming.

“We’re hearing allegations of surgeries that have gone so wrong, so consistently that it’s turned people’s lives upside down,” he said.

“We owe it to them to give them justice.

“If there’s an issue with the system, it must be fixed.

“The State Government must set clearer pathways and empower health staff on the frontline to get results.

“Our Health Crisis Town Halls are uncovering the true state of the Queensland Health Crisis with patients, doctors and nurses sharing their stories.

“The State Government is losing control of the health system.”

Shadow Health Minister Ros Bates said the LNP has solutions on the table for the State Government to adopt including, real-time data monitoring, better resources for triaging and more funding for the frontline.

“As a nurse and former hospital administrator, I know how stressful it can be for our dedicated frontline staff who are overworked and under-resourced,” Ms Bates said.

“This State Government has had seven years to fix the Queensland Health Crisis but it’s only getting worse.

“Whistleblowers who’ve worked in the health system for decades are now coming forward.

“It’s through these stories that we can help patients, nurses, paramedics, doctors and surgeons.”

Member for Whitsunday Amanda Camm said local women were suffering anxiety and a loss of confidence by the problems plaguing Mackay Hospital.

“Having a baby should be a magical moment in a woman’s life and right now there is anxiety and fear because of the stories we’ve heard here in Mackay,” Ms Camm said.

“We’re hearing that there are women across Mackay and the Whitsundays who are living with serious complications because of a lack of resourcing and issues with the Mackay Hospital.

“All women across our region expect a better standard of care that they rightly deserve.”

Mr Crisafulli said all Queenslanders deserved a world-class health system no matter where they lived.

“I won’t stop fighting for the honest Queenslanders who’ve been silenced or feel they have nowhere to turn,” he said.